Around this time last year, I wrote a post on my blog about what interpreters do to keep themselves busy over the summer. There are usually plenty of options out there for those of us looking to do some professional development during the holiday break, and Summer 2012 is no exception.

Just a few weeks ago, Bootheando published an exhaustive list of what’s on offer for interpreters over the next few months, and if you’re still wondering what you are going to do with yourself during the upcoming low season, I highly recommend that you go over to her blog and check it out.

As usual, I have a pretty long wish list of summer professional development goals of my own. Unfortunately, not all of my wishes will come true, since many of the events that interest me most are scheduled for weeks when I already have other commitments (and last I checked, those replicator thingees that look so good on Star Trek still won’t do living organisms).

These are the events I most regret not being able to fit into my Summer 2012 schedule:

InterpretAmerica’s upcoming 3rd summit, entitled “21st Century Interpreting: Staying Relevant in a Transforming World”, is shaping up to be even better than the first two editions (if that is at all possible).This annual event is quickly becoming the point of reference for the interpreting industry in North America, and I would love to have been able to hop across the pond to Monterey to check it out.

The dates for this year’s summit are June 15-16, which is next week already (!), and so I imagine it’s too late for anyone who hasn’t already registered to sign up at this point, but at least we’ll have Twitter to help us follow the goings-on from afar (the hashtag will be #IASummit).

Berlin is in serious danger of being overrun by interpreters next month, with a number of interpreting-related events being planned in the German capital. At the top of the list, there’s the “Interpreters for Interpreters” workshop scheduled for July 13, which looks very promising indeed. Program highlights include coaching, yoga, retirement planning and stress management for interpreters, and much more. I read the report and saw the photos of the last such workshop held a few months back and it looked like a good (and educational!) time was had by all.

Scheduled to take place just before that event, on July 12, is a day-long workshop looking at IT for interpreters, organized by AIIC Germany and offered by Ignacio Hermo (@ihermo, my partner in crime at @aiiconline).  And then, on July 14-15, AIIC will be holding its semi-annual Private Market Sector meeting, which I’ve never attended but am told is very much the place to be. Sigh …

As if those weren’t enough reasons to want to go to Berlin next month, the week of July 16-20 will see the city playing host to a German Language and Culture Seminar for interpreters. I understand the registration deadline is June 15th, so if you think you might be interested in attending, you’ll want to decide quite soon.

The highlight of my summer could easily have been a visit back to Canada (my home and native land), where the Glendon School of Translation in Toronto is organizing a Professional Development Series for conference interpreters. In Week 1 (August 6-10) of the Series, Glendon will welcome recent graduates of interpreter training programs. In Week 2 (August 13-17), they will host seasoned conference interpreters who are eager to take their game to the next level, or to add a new working language.

Both weeks will focus on language enhancement in English, French, Spanish, Portuguese or Russian. The instructors for the Series will be former Government of Canada staff interpreter Roland Sarot, former UN staff interpreter Lynn Visson, and former UN Chief Interpreter James Nolan. I’m told there just a few spots left, so if you think you might be interested, you’ll want to contact Glendon ASAP.

From the looks of it, I am going to have to get into the habit of making more such mental notes, or I’m never going to get to do anything on my professional development wish list… 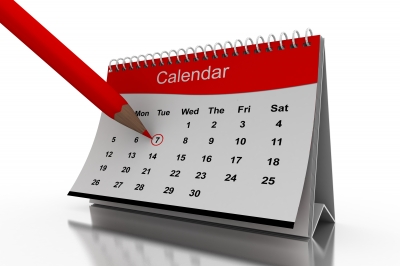