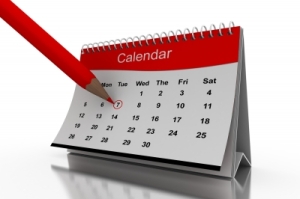 For one reason or another, my life has always followed the rhythms of the academic year instead of the calendar year. For me, September has always been a much more suitable time than January for taking stock, starting new projects – and yes, for making New Year’s resolutions! In keeping with this spirit, this September 1st post will share with readers my reflections on what this blog has achieved so far and announce what is going to come next.

So Far, So Good

When I launched The Interpreter Diaries a few months back, my intention was to offer a blog-shaped opportunity for people interested in interpreting to find information and discuss their questions and concerns. The feedback I have received so far is that this is more or less the role the blog is fulfilling. Yippee!

Here are some other brief reflections on what has happened here over the past six months:

The best part about writing a blog? Everything I’ve learned since I launched it – I thought I’d be sharing knowledge, but as it turns out, I think the biggest learner here has been yours truly. There is a lot of expertise out there, and some very interesting outreach work being done to spread it. The most interesting discoveries have found their way onto  my blogroll. What I have been learning will not only improve what I have to offer in this blog, but will hopefully also feed into my work as an interpreter and trainer.

Mission accomplished? Of all the numbers WordPress happily spits out at me on its statistics page, I am most proud of the one that tells me that my 19 posts have received a total of 267 comments so far! Even taking into account the fact that half of these comments are my own replies to messages left by readers, that still makes for an average of 7 reader comments per post. In addition to sharing information, I wanted to generate dialogue and debate, and it would appear that this is precisely what this blog has been doing.

Any regrets? Umm, can’t think of any at the moment … To be honest, my only regret so far has to do with my decision to use US instead of UK spelling conventions – hence all the annoying capital letters in the titles and headings (blame my Canadian fence-sitter’s heart for that one). I live in constant fear that I will get the two mixed up and end up using words like “colour” and “organisation” by accident …

The results of a personality test I took recently told me that I am always finding (and creating) patterns. This is no less true in my blog. What may look on the surface like a random collection of blog posts actually has a very clear structure in my own (deluded?) mind. I am now going to explain this structure to curious (and possibly confused) readers.

So far, this blog has been mainly addressing general issues of interest to people who would like to find out more about the world of interpreting – possibly with a view to actually becoming an interpreter some day. The posts addressing this type of topic have been filed under the category “for aspiring interpreters”.

Of course, life is never as linear or organized as one might like it, and so other types of posts have been interspersed with this main thread (posts on resources, guest blogs, and so on). But that has been the main idea underlying what has been published on The Interpreter Diaries over the past several months.

This general, introductory section is now going to be wrapped up, and the next big section launched. What better moment than the start of a new academic year to start writing posts directed at interpreting students? That is precisely what I plan to do over the next several months. Upcoming posts will look at issues that come up in interpreter training, and will be roughly in line with what is happening on the course where I teach (although as readers will see, it will be anything but an online version of an interpreting course, nor will it discuss specifically what’s happening in my classes, to respect students’ privacy).

Once that’s done – say, in several months’ time – I plan to look at issues related to starting out as a working interpreter. That will comprise the third main section of my blog. And after that, who knows? Fortunately, that brings us far enough into the future that even my poor, micro-managing soul can handle uncertainty beyond that point.

And That New Year’s Resolution?

Amazingly enough, it’s not related to interpreting. It’s the same one I made last September – to spend more time at the pool and get into shape! I hope to have better luck this time around … 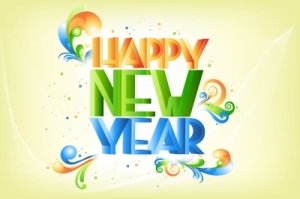