I’m sure we’d all agree that professional conference interpreters are expected to possess what is called “general knowledge”. But how does this translate into practice?

Does “general knowledge” simply mean keeping up with the latest headlines? What information sources can student interpreters use to add to their knowledge? And most importantly for aspiring interpreters: what degree of general knowledge is one expected to show at an aptitude test or final exam? These are the questions I am going to examine in today’s post. I’m warning readers now: this is a long post, but I decided against dividing it up into parts in favor of tackling these related ideas in a single post. Please stick with me to the end!

I once heard it said that an interpreter’s job is not simply to read the headlines, but rather “the headlines, the bylines, the back page, the sports scores, the financial pages, the arts and fashion supplement, the science column, the book reviews…”. Although a bit tongue-in-cheek, there may be some truth in this claim.

On at least two separate occasions, I have been approached by total strangers at the end of a long flight, who asked me in disbelief, “Did you actually just read that entire magazine from cover to cover?” Apparently the practice of reading every single article in a magazine or newspaper is not that widespread among the general public, although I’d argue interpreters should get into the habit of doing precisely that. You never know what might come in handy in the booth.

Get it from the source(s)

I’d go further and say that interpreters should not fall into the habit of getting their information from a single source. Of course, it’s good to have your favorite daily newspaper or news website to peruse over breakfast, but it is equally important to obtain a broad range of views from different sources. Global activists may be happy reading Noam Chomsky all day, and neoliberals might never consult anything but The Economist, but as interpreters, we should probably be reading both – and a range of other publications as well.

What follows is a non-exhaustive list of the periodicals that I try to read on a regular basis, as I have found that together, they present a broad range of views and cover many issues that are not in the headlines: Le Monde Diplomatique (which is available in 25 languages and 70 different editions!), Courrier International, The New Internationalist, The Economist, The International Herald Tribune, Harper’s, The New Yorker, and Scientific American (this last one is more for my own enjoyment, but I do sometimes pick up stuff there that comes in handy in the booth!). Readers of this post are encouraged to add their own personal favorites to this list in the comments section.

It goes beyond periodicals, of course. Books introducing specific subjects to the layman can be very useful in filling gaps that we interpreters identify in our knowledge. Just to give a couple of examples of books that might come in handy for student interpreters, the Penguin History of Economics and the Economist’s Guide to the European Union made useful bedtime reading for me over the course of my interpreter training (albeit in older editions), as did a book called Internationale Organisationen from Heyne Verlag – in German, obviously, and possibly now out of print, since I can’t find an online reference. But it offered a great overview of the UN, EU, NATO, the GATT/WTO and NAFTA. This Handbook on International Organisations, coming out soon in English, might do the trick for many. A fellow instructor at the ULL also recommends students get hold of a good world atlas – not just for the all-important place and country names, but for all the additional information on population movements, main industries, weather patterns, etc. The CIA’s World Factbook is also great for information on specific countries.

Resources that fill in gaps in our knowledge of the cultures that go with our languages are also useful. When I moved to Spain and started learning Spanish, for instance, I found I urgently needed to get up to scratch on contemporary Spanish issues: The Spanish Civil War by Paul Preston and The Ghosts of Spain by Guardian correspondent Giles Tremlett went a long way to filling that particular gap.

I haven’t even begun to mention non-print materials. It goes without saying that the internet is a valuable source of information. These days, the websites that go with the periodicals and guides I have mentioned above are in many ways even more informative than the print versions. Again, readers are encouraged to share with me their favorite websites and online resources in the comments – where do you go in cyberspace to find out what you need to know?

Of course, as time goes on and one moves beyond training and into the field of professional practice, the learning doesn’t stop, it just becomes more focused on your clients’ specific fields. But the whole issue of professional specialization is probably best left for another day.

Back to the matter at hand…

Let’s look at general knowledge as it relates to the aptitude test now. What sort of “cultural baggage” will a candidate to an interpreter training course be expected to be carrying? 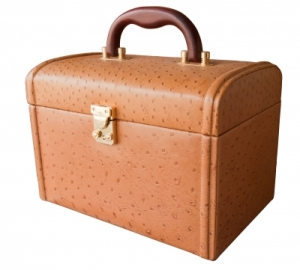 The best way to respond to this question would be to provide readers with a list of the general knowledge questions that I intend to ask in a couple of weeks at the University of La Laguna’s aptitude tests – but that wouldn’t be fair, would it? What I’ll do is publish that list after the tests have been run, at the end of June, and readers can test their own knowledge against it then (author’s note: you can now find that quiz here).

In the meantime, let me just say that this part of the test is really very difficult to prepare for. Essentially, at this stage in your personal and professional development, either you will have this “baggage” or you won’t. You can’t cram for a general knowledge test.

I do know of one candidate who apparently has been spending 20 hours a week in the library since January trying to expand her knowledge in preparation for the admission exams. I can only hope that after all of that, her languages are at the necessary level, because at the end of the day, being able to recite all of the European Commissioners in reverse alphabetical order won’t help you much if your language proficiency doesn’t meet  the required standard.

Fortunately for those candidates who have not been hidden away in a library for the past several months, the bar is not set overly high when it comes to general knowledge quizzes at aptitude tests. You would have to be pretty uninformed indeed to fail an aptitude test on the strength of the general knowledge component alone. Examples from real life: a candidate with Dutch who couldn’t name any famous Dutch people except Ruud van Nistelrooy and Frank Rijkaard didn’t fail the aptitude test due to his lack of world knowledge, but because he completely froze during the memory exercises. Similarly, the one who thought Dar es Salaam and Dharamsala were one and the same place may have looked pretty silly, but he didn’t get flunked for it.

In sum, as I said in my previous post on aptitude tests, if you show strong passive and active language skills, good composure, and perform well on the memory component, but reply incorrectly to the general knowledge questions, you will probably be accepted on the course – with a stern warning to pull your socks up and get informed in time for the finals.

Okay, so what about the finals?

However prepared you might be (or not) for showing off your general knowledge at the aptitude test, the good news is that you have eight months (and on some courses, longer) to get yourself informed and ready for those finals, where the bar will be set considerably higher. And you will not be alone in your endeavor. Instructors (and fellow students – it is a joint effort, after all) will be working hard to make sure that you not only learn the nuts and bolts of interpreting, but also broaden your knowledge in preparation for the day when you get into the booth for real.

At the University of La Laguna, each week is dedicated to a specific field of knowledge. During the week, students are expected to read up on the topic, prepare and share glossaries, and interpret speeches on various aspects of the field. Topics range from tourism to health care, from international finance to agriculture and fisheries, from telecommunications to sports. By the time the final exams arrive, students will have hopefully absorbed a considerable amount of knowledge in each of these fields, which they can then use as the basis for further learning and experience – and for acing their exams!

Of course, no matter how much students learn over the course of their interpreter training, it’s hard to know just “how much is enough” – which brings me back to the title of today’s post (and to my conclusion, weary readers will be pleased to hear!). This year’s crop of students, currently preparing for their finals, are of course wondering whether all the general knowledge they’ve acquired over the past year is going to be enough to get them through next week’s exams without getting egg on their face.

The best way to explain the level of knowledge that is expected at the end of a training course is by using an example. Let’s take fisheries – every interpreter’s favorite subject – to illustrate just how general knowledge evolves over the course of the training year, and what will be expected by the end.

At an aptitude test, candidates might be expected to recognize the various species of fish and seafood that are likely to appear on a restaurant menu in their different languages – say, “tuna” or “lobster”. They might also be expected to know that the world’s oceans are being overfished. And that’s about it, really.

By the final exam, students should be able to readily identify a significantly higher number of species of fish beyond the menu mainstays (though not all the ones you can find on Fishbase!), will have learned the terminology used to describe some fishing gear and practices, will probably know more about which species are being overfished where (e.g. bluefin tuna in the Atlantic, Patagonian toothfish in the Southern Ocean), will have familiarized themselves with the EU’s Common Fisheries Policy, will have heard speeches on other fisheries-related issues such as fish farming and whaling bans, will have hopefully at least visited the Greenpeace and Sea Shepherd websites, and will probably have heard in passing of the IWC, the ICCAT, the CCAMLR and a few other fisheries organizations as well. And if something “fishy” turns up on their final exam which they have not heard of before, they will know enough to fake it!

So there you have my own personal answers to the various questions raised at the beginning of this post. For those of you still with me, thank you for sticking it out to the end. For aspiring interpreters out there, hopefully this information will help explain to you just “how much is enough”.