I am currently on my summer holidays, but that doesn’t mean that followers of The Interpreter Diaries shouldn’t have something to read, so I’ve decided to share with you a series of articles by another interpreter-writer. 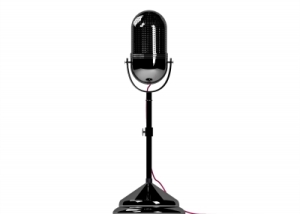 “Off mic with Phil Smith” is a column written for Communicate!, the AIIC webzine. Phil Smith is a freelance conference interpreter and fellow AIIC member. In this column, he writes about just about anything, not only what he does for a living – although interpreting always manages to find its way into his articles somehow.

Phil’s articles aren’t written in the form of a blog, so unfortunately they are not all available in one place – until today, that is. After undertaking some extensive and painstaking research (actually, I just Googled “Off mic with Phil Smith”), I have put together this compendium of Phil’s articles for your enjoyment, all of which have been published in Communicate! over the last several years.

7 thoughts on “Off mic with Phil Smith: A Compendium”

Join 11,421 other subscribers
Follow The Interpreter Diaries on WordPress.com